Ireland has just become the latest country to make preschool programs available to all three year olds. There is a clear move internationally towards delivery of two years of preschool, with early education being understood as a critical investment in human capital. Who offers preschool to three year olds? Many European countries, including France, Germany […]

This is part of our Reimagining New South Wales (NSW) series. For this series, vice-chancellors in NSW asked a select group of early and mid-career researchers to envisage new ways to tackle old problems and identify emerging opportunities across the state. Peter Siminski, Associate Professor of Economics, University of Wollongong; Marian Vidal-Fernandez, Senior Lecturer in […] 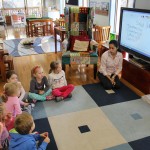