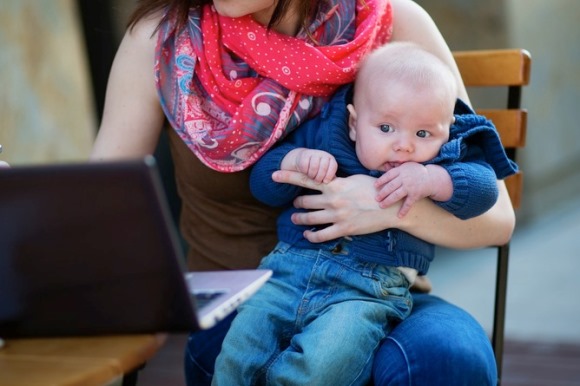 The return by women to paid work after maternity or parental leave plays a crucial role in driving our workforce and economy. There is growing recognition of the link between supporting employees with caregiving responsibilities, attracting, retaining and developing the best talent, and company competitiveness.

But women’s pregnancy, maternity or parental leave, and return to paid work remain challenging for many organisations, as highlighted by the Sex Discrimination Commissioner earlier this year.

For a mother or couple, the conversation about when to return to paid work, how and at what rate (full-time, part-time, or casual, for example) after child-birth is now the norm compared to decades ago. While there is no doubt that change has occurred, serious challenges remain.

Conducting interviews with women in Victoria, I found a range of negotiations and factors shaping the return to paid work and, post-return.

From 82 interviews with pregnant women and mothers – two groups of women interviewed multiple times across pregnancy, maternity leave, return to paid work – it became clear that in order to return to paid work, a woman as worker-carer must go through multiple layers of negotiation. She must manage her paid work, unpaid work and childcare arrangements within the household, in the workplace with her employer, and among networks of extended family, community and other childcare providers. She must also navigate the time limits of leave imposed by policy and her workplace.

There is more to parental leave than simply being able to access paid time away from paid work.

The experiences of how women arrive at and organise their paid work, household, and childcare to return to paid work are often hidden – characterised as private concerns or individual choices. But it is important that we analyse these, and the barriers along the way. This matters, not least of all, because women are returning to paid work under a value system that continues to assume the notion of a male breadwinner.

Some of the themes recounted in my research were: “forced decisions”; “constrained choices”; the stress of “managing it all”; “gender equity in the family-household” (and workplace); and “flexibility in an ideal-worker culture”.

For example, Anna (not her real name) returned to paid work after the birth of her second child, she found managing the unpaid work in the household and time for paid work as well as organising childcare was tough. In order to manage it all, she resigned from her current job until she found suitable childcare, she then took up a part-time job at a different workplace, instead of full-time, yet dropped four salary levels in doing so, and outsourced some of the household work. The problem of “managing it all” was a key issue.

‘I knew I wouldn’t be able to work until I had childcare sorted out. Trying to get adequate childcare for two children – it’s like finding a needle in a haystack.’

Like Anna, some of the women in my study described “dropping back” from full-time to part-time work to manage the competing demands of paid work, having a baby and additional unpaid domestic work. Another participant, who returned to part-time paid work, chose a lower-paying job over another, in return for a more flexible and supportive work culture.

I also found that partners’ and/or father’s perceptions of and use of parental leave play an important part. Expectations from past generations of the role of fathers as breadwinners are a barrier to men participating in childcare and fully utilising flexible working arrangements.

This is why the Dad and Partner Pay scheme, implemented in 2013 as part of the Paid Parental Leave scheme under the Gillard government in 2011 (around the time this study was completed), is important. It supports the involvement of fathers and partners in caregiving.

It is good to see that fatherhood, productivity, gender equity and work-life have gained interest on the national policy agenda in Australia in recent years.

One of the factors that seems to really constrain change in terms of gender equality is the heavily gendered notion of the seemingly “natural” role of motherhood and women as primary caregivers. Such norms are especially costly to women who end up paying a substantial “care penalty” when they shoulder a disproportionate burden of care giving.

This obligation compounds the difficulties faced by women of taking time out of paid work and then negotiating a return. And these “care penalties” coexist alongside a major cultural double standard in which women’s care giving is consistently devalued.

In order to move forward to a more equitable system for parental leave and work-life, we must address these underpinning assumptions. Further research is needed.

Over the past few years I have been following debates about new practices and communication technologies and their “disruptive” or “enabling” qualities for flexible work and work-life balance. There is workplace support for such technologies, but there are also downsides. One interviewee told me that while such technology facilitates her paid work-life, it also intensifies it, as she responded to paid work enquiries around the clock.

Currently, I’m carrying out research on managing paid work and care in the entertainment industry. The way we work in the digital and creative sectors of the economy, and what that says about us as a society, is important.

These are complex and perennial issues for managers, unions, governments, and households. They evoke sensitivity because they make us question what is valued, rewarded and expected.

2 thoughts on “Returning to work after childbirth: still a case of ‘managing it all’”

I see you don’t use the potential of social websites like facebook on your site.
You can get huge traffic from social sites on autopilot using one useful tool, for more info search in google for:
Alufi’s Social Automation

If you are interested in topic: earn online philippines dress trending – you should read about Bucksflooder
first