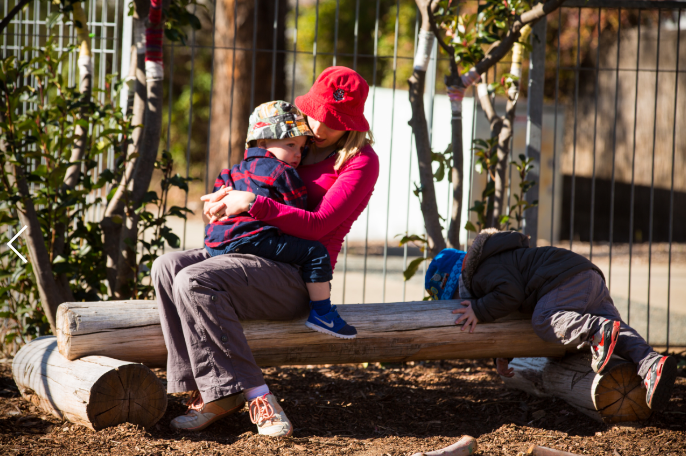 Trauma can be split into two categories: simple and complex. When a singular traumatic incident occurs in a child’s life (for instance a car accident), this is considered a simple trauma. But when trauma becomes repetitive and pervasive, particularly where a primary carer is the perpetrator, it is referred to as complex trauma and the healing process for children becomes much more involved. Complex trauma most often comes in the form of child abuse, and in Australia, its prevalence, despite increasing awareness (or perhaps because of it), remains high. According to Australian Institute of Family Studies (2017), in 2015 there were 60 989 substantiated notifications of child abuse. Even more appallingly, infants (birth to one year) had the highest rate of abuse by age.

Research into the effects of trauma has unearthed some extremely frightening discoveries. The Adverse Childhood Experiences (ACE) study found that trauma affected brain development and long-term health. When a child is exposed to trauma their brains go into—what is commonly referred to as—‘fight or flight’ syndrome. The amygdala, which is like a smoke alarm in the brain, floods the brain with cortisol (a stress hormone), effectively shutting down the prefrontal cortex which is responsible for rational thought. Neural connections can become weak or mixed as a result, leading to nonsensical associations. It has been proven that trauma actually affects the architecture of the brain. In addition, the ACE study found that the existence of a ‘brain–body pathway’ means that whenever the brain is flooded with hormones such as cortisol, these are then spread through the body via the lymphatic system. They found that this led to health issues later in life, particularly in relation to the immune system. Perhaps even more alarming was that the more a child was exposed to adverse experiences, the more corrosion they had on their telomeres (the protective cap on DNA strands), meaning this child’s cells were ageing at a faster than normal rate (Nakazawa, 2015).

The physical effects of trauma are complex, but so are the emotional and psychological effects. Children who have been exposed to complex trauma often have experienced a real betrayal, as part of that trauma, from someone they should have been able to trust. It goes without saying then that trauma can lead to disassociation, feelings of rejection, vulnerability and fear. We most often see this manifest in the form of anger and misbehaviour, rather than the fear it represents.

In early childhood we will work with children exposed to trauma, unfortunately, more often than we even realise. Complex trauma such as abuse is often covert, and although, as educators, we are trained to recognise indicators of harm, we will often have no idea what is really going on in a child’s life. This is why whatever we learn when we engage in trauma sensitivity training must be applied to all children. There are definitely things we can do to make our services ‘trauma sensitive’. This begins with understanding the impact of trauma, but it also means grasping the importance of secure, attuned relationships in building children’s resilience. The ACE study found that children who had at least one loving and attentive relationship with a trusted adult showed greater levels of resilience (Minnesota Department of Health, 2017). Renowned child psychologist Bruce Perry (Perry & Szalavitz, 2008) put it best when he said the most powerful therapy is human love. In his work with children he found that relationships were the most significant agents of change in children’s lives. Having one adult who understands that their misbehaviour comes from a place of fear, who devotes a little extra attention to showing them love, who affords them respect and loyalty, who gives them a secure base from which to explore the world, can make all the difference.

Given that we really cannot ascertain the prevalence of trauma accurately, and may never know whether children in our care have been exposed, the principles of trauma sensitivity really need to be applied at all times in all early childhood services and schools. The difference this could make to practice and approach provokes a feeling of inspiration and excitement for me. Could we imagine a National Quality Standard that required all services to be trauma informed? My own practice has evolved immensely since I originally began navigating this subject and I can only imagine what it could do for the sector as a whole. Not to mention the future generations of Australia.

Perry, B., & Szalavitz, M. (2008). The boy who was raised as a dog and other stories from a child psychiatrist’s notebook: What traumatised children can teach us about life, love, and healing. NewYork, NY: Basic Books.

Very informative and thought proving. I back the author’s suggestion for the NQS to require all services to be trauma informed, we need to include this.