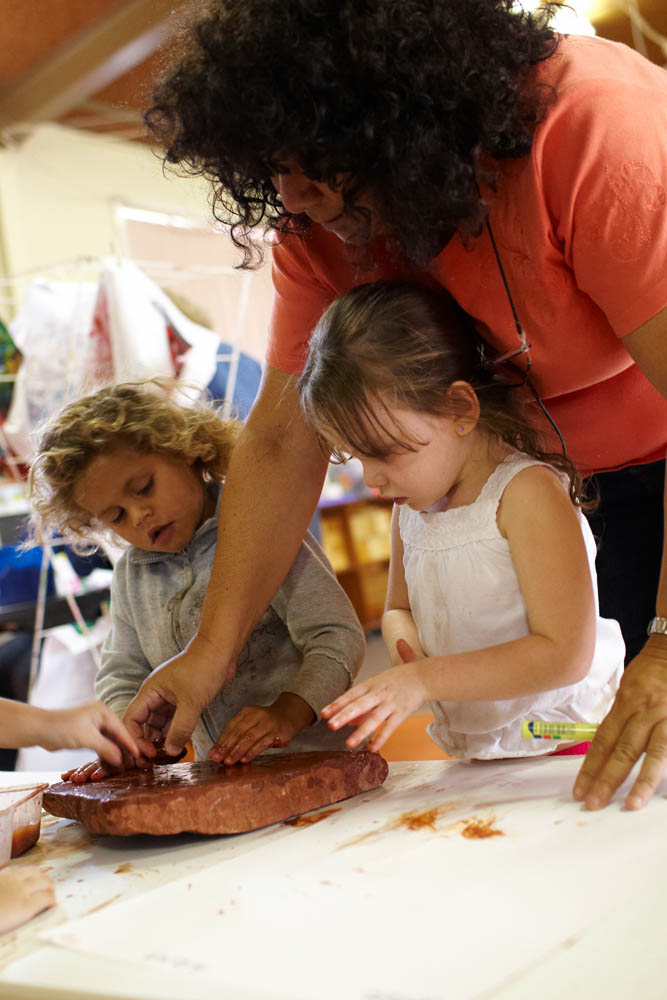 Until very recently, as a born and bred Melbournian, I have had little to no knowledge or contact with Aboriginal and Torres Strait Islander culture and heritage. My knowledge came from small sections of high school history classes and from reading Rabbit Proof Fence; definitely not enough to gain an understanding of the vast culture of Australia’s First Peoples.

National Reconciliation Week is an opportunity for all Australians to reflect on our fractured history and the more recent events of the past century. The wounds of the past, some say are still open. Others say they are slowly healing. Not everyone has had the chance to learn about the culture of Aboriginal and Torres Strait Islanders and the cultural differences between us as Australians. The first step to a better and equal Australia for all Australians begins with understanding and respect.

With this in mind, I was eager to take part in Cultural Awareness training which Early Childhood Australia (ECA) provided for all its staff. I am a recent addition to the ECA team so I was also interested in seeing the philosophy and mission of ECA in action.

Going into the training I wasn’t sure what to expect, would I receive a history lesson or be given skills and knowledge to implement when at work and home? Thankfully, it was the latter. Within a few minutes of Tracey, our trainer, commencing, it became clear that no question would be deemed silly and that having very little understanding of the Aboriginal and Torres Strait Islander peoples was not an issue. Tracey was clear and frank throughout the day, explaining the complex community and familial hierarchies in relation to western community structures, allowing the similarities and differences to sink in.

Understanding the contrasts between Australia’s European cultures, Aboriginal cultures and Torres Strait Islander cultures as well as the contribution of more recent arrivals, is a huge step to forging lasting cross-cultural relationships. The awareness training makes me mindful of respecting and acknowledging these differences in my work at ECA and when communicating with Aboriginal or Torres Strait Islander peoples.

I am proud to work for an organisation that advocates for a more progressive, knowledgeable and fair Australia, for all Australians. Change starts from within and ECA’s cultural awareness training for its staff aims to foster change, understanding and growth from within. It is part of broader strategies including ECA’s second Reconciliation Symposium in May and the Early Learning: Everyone Benefits campaign. Later this week my ECA colleagues will participate in the National Sorry Day Bridge Walk, an event that began in 1998, one year after the Bringing Them Home report detailed the removal of Aboriginal and Torres Strait Islander children from their families. Taking part in cultural training and supporting National Reconciliation Week are small steps in our team’s ongoing commitment to close the gap and promote healing.

NAIDOC Week commences 3 July until 10 July. You can learn more at www.naidoc.org.au

2 thoughts on “Reflections on cultural awareness”

Kara is right to feel proud to work for an organisation that is taking many steps towards reconciliation at an organisational level and is also supporting many others to do the same through the development of a wide range of resources and professional learning experiences including the Reconciliation Symposium. Doing nothing is not an option.

I am a little perplexed at the introduction of this article.

“Until very recently, as a born and bred Melbournian, I have had little to no knowledge or contact with Aboriginal and Torres Strait Islander culture and heritage.”

I’m not sure how being born and bred in Melbourne excludes (pardons?) you from making contact and gaining knowledge of First Nations people. There is an active, living community of people here. There are yearly celebrations, languages being revived, Aboriginal child care centres etc etc.

We are still here.

The article is a positive one, however I was a bit put off by that comment.