During the COVID-19 crisis phase, all eyes have been on childcare, but preschool is an equally important driver of well-being and economic security for children and parents—and of economic productivity.

Research has found for every dollar invested in preschool, Australia receives two dollars back over the course of a child’s life.

Preschool is jointly funded by the federal, and state and territory governments (like schools), but government funding is topped up by parent fees. Preschool includes kindergarten, preschool and pre-primary (states and territories use different names) and is delivered by a range of providers (schools, long daycare and standalone preschools).

Here’s a rundown of the budget implications for preschool, and how states, territories and families are plugging the gaps left by federal government commitments. 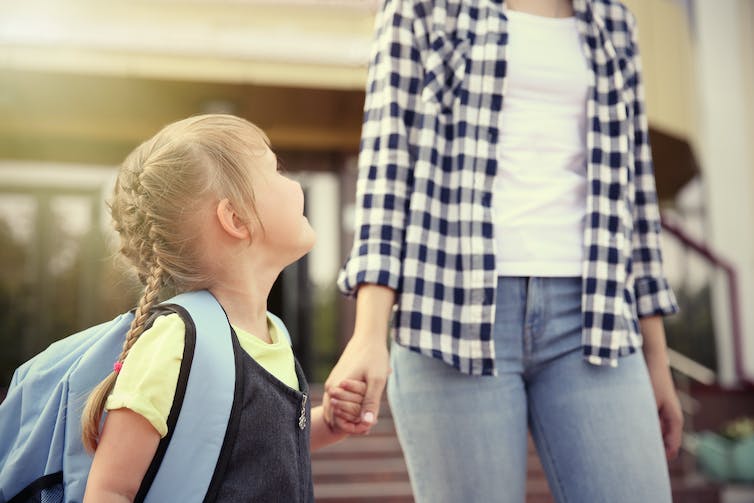 Most Australian children attend preschool the year before school. Shutterstock.

What’s in the budget for preschool?

In contrast with secure funding arrangements for schools, preschool funding is currently extended annually. This makes it difficult for providers to plan and limits job security for early childhood educators, who are already among the lowest paid workers in the country.

In April this year, the federal government committed to funding preschool until the end of 2021. The 2020 budget confirms this commitment but that’s it — no long-term security, and no hint of funding an increase from one to two years of preschool.

A major government-commissioned report published in March 2020 recommended scrapping annual funding arrangements and moving to a five year commitment from 2021.

Beyond 2025, it recommended even longer term funding arrangements. This would increase providers’ ability to plan and retain staff, encourage innovation, and reduce risk for states and territories undertaking more ambitious reforms.

The report also warned of “serious consequences” of reducing current funding levels — for children and parents, the sector and educators, and other government programs.

How does preschool funding affect families?

While additional state and territory funding provides free preschool for families on the lowest incomes, many disadvantaged children are still missing out.

Preschool isn’t free in all jurisdictions, even after substantial subsidies from the federal and state and territory governments. For three-quarters of all Australian children, parents are charged fees of up to $4 per hour, and the rest pay between $5 and $14. Depending on the provider, preschool fees can be up to $2,500 (or more) per year.

Childcare is often cheaper than sessional preschool, but preschools tend to be higher quality. Depending on parents’ income, childcare fees after subsidies can range from $1.50 to $5 per hour. This can present parents with difficult choices between quality and cost.

The budget will subsidise preschool at existing levels for another year, but how much parents contribute will depend on where they live, as well as their income. This is because some states and territories have responded to the evidence on preschool provision, and boosted local funding either across the population, or for low income families.

What are the states and territories doing?

One year of preschool in the year before a child starts school is free in some jurisdictions, and costly in others — even for community or charity-run preschools. Some states and territories have injected extra funding to expand their preschool programs from one to two years.

Starting this year, preschool is free for three-year-olds attending community-run preschools in New South Wales. Victoria is committing nearly $5 billion over ten years towards three-year-old kindergarten, starting in 2020. The rollout starts in some of the state’s most disadvantaged areas. The ACT is moving towards two years of free preschool over the next five years.

Victoria, NSW and Queensland have also responded to concerns about educational gaps caused by COVID-related disruption with temporary funding boosts to provide free preschool for one or more terms this year, for children starting school in 2021.

Supporting a stable, well-funded preschool system across the country — as we do with school — is an important social and economic investment.

While moves to fund preschool at higher levels in some jurisdictions will benefit local populations, it won’t do much for equity on a national scale. Equity — as well as economic recovery and productivity — must be a central policy focus as the country recovers from the ravages of COVID-19.

The government should move to longer-term funding arrangements immediately. Beyond that, it needs a plan to make preschool access more equitable across the country; investigate a fairer, needs-based funding model; increase affordability for families and improve conditions for educators.

Kate has extensive experience advising on policy issues across a range of portfolios, including international development, education, governance, human rights and and health. Previously, Kate worked as a senior adviser to the BBC’s international development charity and the Victorian Greens. She has undertaken policy work in collaboration with the OECD DAC and the World Bank. Kate has a Masters in International Relations from Griffith University and a Bachelor of Arts (Journalism) from the Royal Melbourne Institute of Technology.