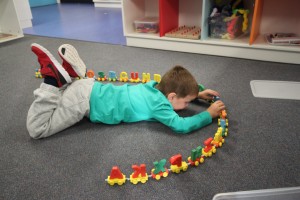 What a difference a year makes. Last year’s federal Budget included a $3.5 billion investment to begin a new system of Child Care Subsidies in the new Jobs for Families package.

Then, in November last year, we saw changes to the package to cut the subsidy rate for high income earners to 20 per cent – reducing the package by about $300 million.

Fast forward to last night’s Budget, which announced that the introduction of new childcare subsidies will be deferred until July 1, 2018.

This will mean $1.14 billion less invested in 2017–18 to help families with the upfront cost of childcare.

The rationale for the deferral is: “Family Tax Benefit reforms required to fund the childcare package not being passed [by the Senate].”

Nonetheless, there may be a silver lining. A delay may create an opportunity to cure problems with the package by fixing the activity test and ensuring all children can access at least two days of subsidised early learning.

We have consistently raised concerns that the proposed activity test will potentially exclude up to 130,000 children from early learning, due to one or both parents being unable to maintain regular engagement in work, training or volunteering. This is the real issue causing some senators concern about passing the bill, which has not even come before Parliament.

While the package is being deferred, the Child Care Rebate will be indexed from July 1 next year, the first time since 2011, providing some relief for families. However, many families have already reached an affordability ceiling and the delay of this package will mean it’s another two years before there will be significant relief. In the last year alone, childcare prices (after subsidies) increased by 10.7 per cent. The extra investment that the Jobs for Families package promised is needed to improve the affordability of quality early learning for children and families.

The implementation of the Community Child Care Fund will also be delayed. Again, this is an opportunity to ensure that early childhood services working with highly vulnerable population groups including Aboriginal and Torres Strait Islander families are sustainably funded. It is crucial that we improve participation among young children who stand to gain the most long-term benefit from early education.

ECA made several recommendations to the Budget process. One of these was that the government commit to developing a new Early Years Workforce Strategy funding new professional development initiatives. This follows the withdrawal and cessation of all funding for professional development in early childhood education and care announced in 2014, including the Professional Support Coordinators from the end of next month. The current strategy expires this year.

This means there is little ongoing support for the implementation of the National Quality Framework, including new requirements to ensure there are two early childhood teachers in centre-based services by 2020. The OECD is also telling us that it’s more important than ever to focus on the quality of the relationship between early childhood educators and children as this is the single biggest factor contributing to improved outcomes for children.

Finally, it’s disappointing that no ongoing funding was announced in the Budget for universal access to preschool in the year before full-time schooling beyond the end of 2017. The Budget has not even provisioned for future negotiations with the states, as it has for other agreements, and the Budget bottom line has even assumed that the National Partnership concludes. Whilst this agreement is part of wider COAG Federation reform discussions, we would like to avoid a situation like last time, when preschool funding was still not settled days before the eve of the preschool year, creating uncertainty for services and families.

This is a critical agreement for improving children’s education results and boosting Australia’s future prosperity. The Commonwealth needs to invest in durable and consistent Commonwealth preschool funding arrangements to increase the participation of children in quality early learning.

The reality is this is a Budget delivered a week before the federal election campaign kicks off. The real commitments needed to improve early learning will come from the major parties in their election documents – not the Budget. We hope all parties will deliver commitments to improve children’s participation in quality early learning. Australia’s future depends on it.

Thanks Sam for your balanced commentary regarding the family package that has been delayed.
It is time for all of us involved in the field of early childhood education to stand together and advocate for funded quality play-based education for all young children for at least one year prior to formal schooling apart from the matter of affordability for working families. This is a matter of priority for ALL young children regardless of their family circumstances. At the same time, universal ECEC has major benefits for our society (and hence the nation), as highlighted by the Perry Preschool project and more recently in Jim Heckman’s research. Is our sector united, bold and courageous enough to take this battle to our local politicians and all the way to Treasury?

How disappointing that despite all the evidence and the example of many other OECD countries, there was such a loud ‘silence’ in the budget about investing in young children. Certainly not the most exciting time to be a child under or over five in Australia.