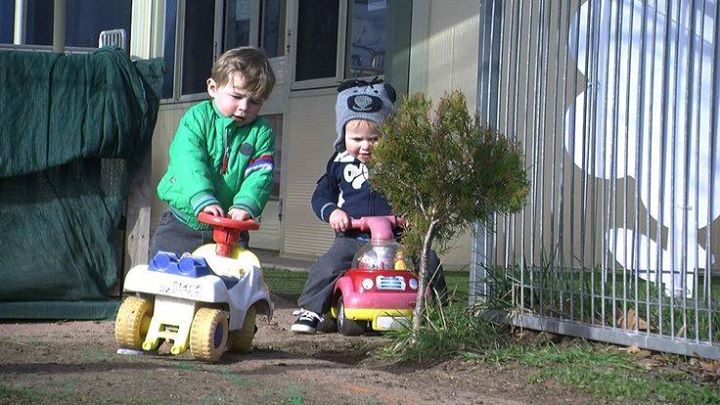 Australia’s proposal to place gender equality at the centre of the agenda for economic growth is internationally significant, given the recent G20 summit, and long overdue. But if Australia wants to lead a discussion regarding the importance of increasing the participation of women in the workforce through reforms on childcare policy, the Prime Minister will need to distance himself from those in his own backyard who downplay the evidence regarding the importance of quality early learning and care for gender equality and improving outcomes for children.

Equality of opportunity is recognised in the OECD’s “Going for Growth” economic blueprint as a key ingredient of both good social and economic policy. A strong economy requires an adaptive, creative, skilled and flexible, all hands on deck, workforce.  Both longitudinal research and brain development research tells us clearly that access to high quality early learning environments in the early years has a lifelong impact on overall wellbeing.

In the short-term, improving access to affordable childcare increases women’s workforce participation. Research into the effects of heavily subsidised childcare in Quebec resulted in an additional 70,000 mothers returning to work, which, in turn, generated increased tax revenue that more than paid back the taxpayer for the public investment

In the longer term, the social and economic payback of high quality provision of pre-school learning and care is remarkable. With more children starting school with less risk, stronger social, emotional and cognitive gains, quality early childhood education is the cornerstone of a human development continuum that produces increased high school and post-secondary graduation rates required for a robust economy.

New research from the UK based on a longitudinal study of the educational experiences of 3000 schoolchildren demonstrates access to quality early learning influences literacy and numeracy outcomes throughout their entire schooling. High vs low quality pre-school also impacted gross lifetime earnings for individuals and benefits to the Exchequer regarding increased returns from taxes.

Australian studies show children who accessed quality early learning scored as much as 50 points higher on NAPLAN literacy and numeracy tests in later primary school.  Numerous studies across all of our countries have found similar results.

Given that Australia has a lot of catching up to do with leading practice in other developed countries, the Prime Minister’s G20 intentions were both bold and important, especially if he did more listening than “telling”.  Australian women’s workforce participation and children’s early learning participation lag behind most other OECD and G20 countries.

The recent initiative of the Abbott Government of commissioning the Productivity Commission’s review of early learning and care is another important step in Australia’s catch-up effort.

While its final report has only recently been tabled with the government, the Commission’s draft report yielded some important findings about the importance of improving the affordability of childcare, access for disadvantaged children and quality through the continued rollout of the National Quality Framework.

But the Commission’s draft also contains misguided recommendations about watering down the qualification requirements for educators caring for children under the age of three based on an “evidence-ignorant” conclusion that ‘learning’ is not a priority for this age group.

This ignores the science that backs the critical importance of the continuity of a child’s development in the first five years, falsely rendering the first three years as only deserving of minimal care.

An Australian study has demonstrated children who attended child care as toddlers or two-years-olds achieve better scores in literacy and numeracy in their first year of school than other children.  These gains result from policies requiring centre accreditation and educators who are highly qualified in early years development and educational practice.

Also concerning is the recommendation for a targeted approach to “those in need.”   Rather than picking winners and losers from among the one in four young Australians who start school with a diverse array of challenges, a strong universal approach, with special initiatives for the disadvantaged, is far more likely to lead to good educational, social and economic outcomes for all children

Clearly, early childhood education and care is an essential part of a nation’s infrastructure for long-term economic development.  The human development science is clear that early learning will build the human capital required for sustainable economic growth. Australia’s future prosperity and social cohesion will be greatly enhanced with a coherent national priority to provide all children the best possible start in life.

To the Prime Minister’s credit, putting the developmental needs of our youngest children on the agenda is a wonderful opportunity to engage in what we hope will be a stellar example of evidence-based politics.

Professor Charles E. Pascal, PhD, University of Toronto, Canada. Former Special Advisor to the Premier of Ontario on early learning, author of the seminal report With Our Best Future in Mind: Implementing Early Learning in Ontario.

Professor Edward C. Melhuish, PhD, University of Oxford, UK. Principal Investigator on the EPPE project in the United Kingdom, a key advisor to successive British Governments and author of over 200 journals on early learning.

Professor Frank Oberklaid, Founding Director of the Centre for Community Child Health at the Royal Children’s Hospital Melbourne and a Professor of Paediatrics at the University of Melbourne.