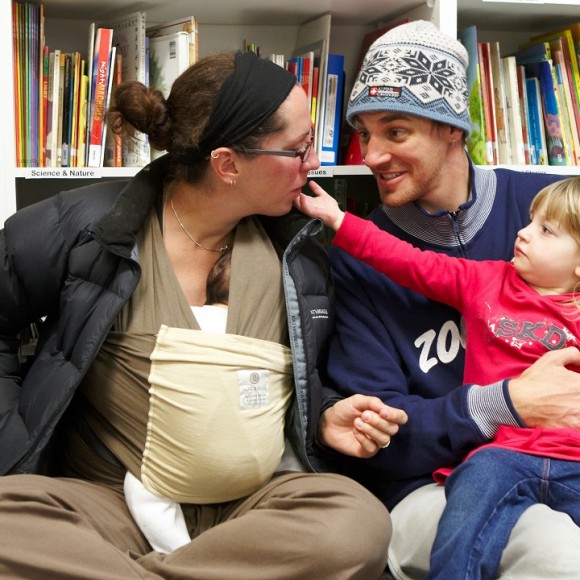 We should all care about the findings of the Productivity Commission Inquiry into Childcare and Early Childhood Learning, recently delivered to the Federal Government, because it affects our future prosperity as a nation.

This is a once in a generation opportunity to future-proof Australia against entrenched welfare dependency, inequality and lack of opportunity amongst a significant proportion of today’s children— tomorrow’s adults.

How the Federal Government responds to this report—which recommendations it accepts and acts on, and which it rejects —matters to the wellbeing of millions of children who are yet to enter the early learning system, and ultimately it should matter to us all.

In its submission to the Productivity Commission inquiry, Price Waterhouse Coopers has done the nation a great service by producing a detailed, high quality report: Putting a value on early childhood education and care in Australia (1)

It found that putting more vulnerable children into quality early learning childhood education and care will add $20bn to our GDP over the next 35 years—and that’s not even counting the dollars saved by these kids not ending up on welfare and other associated social costs of entrenched disadvantage and social misery.

Importantly, this is about not only giving kids the best opportunity to access preschool, but access to quality preschool.

We need a shift in the collective mind-set in Australia—from seeing childcare or preschool as babysitting, to realising that quality education in the early years sets children up for success in life.

The issue here for the nation’s productivity is not just about the dollar value of women’s participation in the workforce, it’s about what this means for the children themselves. We already know this. Extensive international and Australian research (2) has established that investment in quality early childhood education is a critical factor for determining long-term success for disadvantaged children.

The reason we need to address this now is that we are currently failing at least a fifth of our children who are not developmentally ready when they start school.

Australia is unique in the world in being able to measure school readiness nationally, through the Australian Early Development Census [AEDC]. The last time the census was taken in 2012, of 289,000 children starting school across Australia, 1-in-5, or 22%, were vulnerable in at least one area of development. For Aboriginal and Torres Straight Islander children the rate of developmental vulnerability is double this at around 43%.(3)

The AEDC will collect this data again on all children starting school next year—and this will be the best measurement we will have of whether we are investing enough in early childhood education and care to reduce this worrying number.

If our quality of early learning and care has not improved since 2012, at least another 50,000 children will enter the school system each year more likely to fail—at school … and potentially at life.

We know that quality early preschool results in improved educational outcomes. A 2013 Melbourne University study which analysed data from the Longitudinal Study of Australian Children found that children who went to preschool with university trained educators had significantly higher levels of academic achievement as measured by NAPLAN scores in year 3.(4)

Oxford University researchers involved in the Effective Pre-School, Primary and Secondary (EPPSE) study—the first longitudinal study of its kind in the world—found that children who had had early education experience at nursery or preschool were more likely to get better high school test results. (5)

Tony Abbott says the number one priority for this government is to get Aboriginal kids into school; and Assistant Education Minister, Sussan Ley, says this government is committed to do whatever it can to ensure that children get the best possible start in life, and that every child transitions well to school – especially disadvantaged and vulnerable children. (6)

If they mean what they say, the Government must accept any Productivity Commission recommendation which ensure an ongoing commitment to investing in quality early education and care—especially for Australia’s most vulnerable children.

There are two Productivity Commission recommendations the Government should reject (if they are in the final report):

Based on all the evidence, ensuring that more Australian children have the benefit of quality early education and care is an investment the government can easily justify and reconcile. It will pay off in more children succeeding at school and in life, reduced future welfare spending and billions of dollars added to our gross domestic product.

About The Benevolent Society
We help people change their lives through support and education, and we speak out for a just society where everyone thrives. We’re Australia’s first charity. We’re a not-for-profit and non-religious organisation and we’ve helped people, families and communities achieve positive change for 200 years.  www.benevolent.org.au

2 thoughts on “Future-proof Australia against welfare dependency and inequality”

I have read so many content about the blogger lovers except this paragraph is truly
a pleasant paragraph, keep it up.

It is perfect time to mmake a few plans for
the longer term and it is time to be happy. I have read this post and if
I may I wish to counsel you few attention-grabbing things or advice.
Perhaps you could write next articles regarding tgis
article. I desire to learn more issues about it!