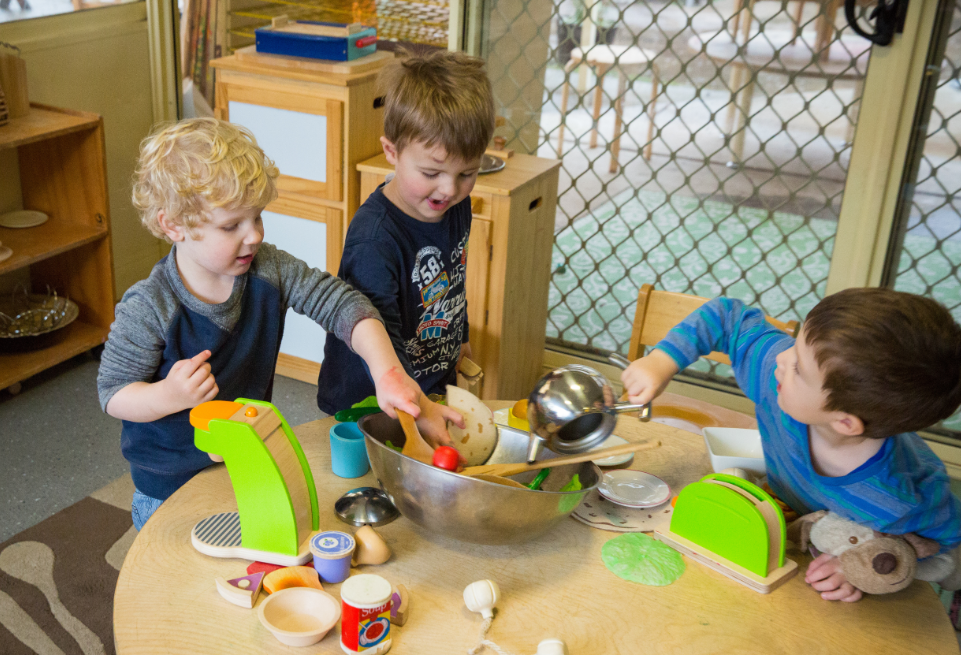 During my time as an educator, the children in my group spanned across a three-year age range and hailed from 15 or more distinct cultural and linguistic backgrounds. Two were funded for educational support, one with an Autism Spectrum Disorder (ASD) and the other with an unspecified intellectual disability/foetal alcohol syndrome. At the start of the year, I sat down with my colleagues and carefully planned out our programs. I met with their families and talked through their children’s needs and bureaucratic processes that we would navigate together. I had the time and space to hold the children and their families at arm’s length and examine what was needed, and put strategies and processes in place. ‘This was it’, I thought; I was ‘doing’ inclusion.

Time passed, a new boy arrived. He had few English language skills and quite distinctive behavioural traits. Was he struggling with a new language and culture? Was he on the Autism Spectrum? Was it both? Neither? Immediately, I wanted to have him assessed, to understand him, plan for him and work with his family, communicate and work with my team, be welcoming and inclusive. At that time, senior staff gently advised me he had arrived during the ‘wrong’ part of the year; less than five months left to go before the end of the year. I was told there was not enough time or money left. What to do, how to be inclusive? What could I do now? Could I do anything? Did I put into place the perfect plan for next year?

The children in my care still had plenty of time to enjoy together. Soon, though, I found my approach to inclusion had to become less rigid—less about paperwork and processes and more about practicality—and more focused on what could be done in the short time we had together. More than anything else, I slowly started to follow his lead.

He loved, absolutely loved numbers and mathematics, so I found a fairly sophisticated maths workbook. When he struggled with managing emotions or was over stimulated and lashing out, sitting in a quiet space working through this book soothed him. A ‘textbook’ was at odds with my preconceived ideas of play and inquiry-based learning, and I was worried that I was buying into stereotypes around the behaviours of those on the Autism Spectrum. However, his family were comfortable with what we were doing and I think the book had the unintended benefit of acting as a cultural bridge, as he could take it home (although he never did). In the beginning it was very hard to get him to re-join the group after doing book work, but eventually he began to learn to self-regulate and come back when he felt he could.

An old piano sat in the big room next to ours. One day, he ran out of our room into the piano room and would not budge. I had to leave him for a moment to get help and ensure all the children were safe. When I came back he was playing the piano—frighteningly well for a child of his age. I’d like to say he became our group’s pianist but he did not enjoy an audience! However, playing the piano for short periods became another strategy we used.

The end of the year arrived and plans were put in place for his transition. On our last day together, my ‘new boy’ was picked up by his father and they gave me some brightly coloured Christmas tea towels. It was their first Australian Christmas. What meant more to me wasn’t the unexpected present but the vice-like and long, long hug I received from the boy. He had particular tactile boundaries. Among other things, this is part of what made his cuddle so delightful and something I will never forget. It was on his terms, and he’d deemed me a valuable addition to his life.

This boy taught me to try my best to embrace the unknown. To some extent, I believe this is what it means to embrace the very concept of inclusion itself. While planning and collaborative practice are vital, inclusion doesn’t have to be seamless: it is constantly evolving as are those we include and who include us.