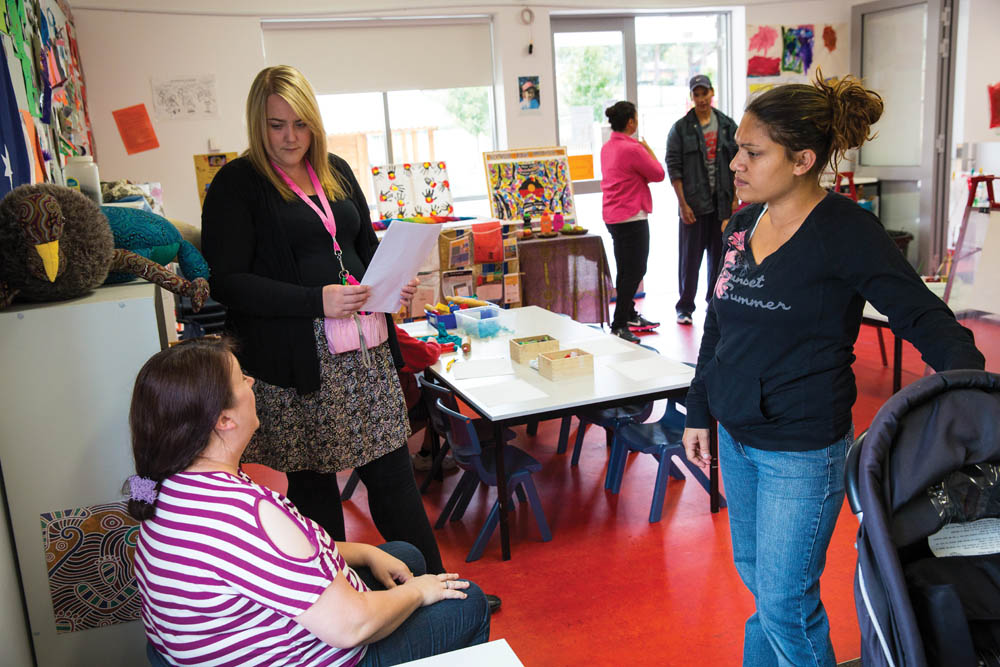 Every workplace has its unique culture, which is shaped not only by the philosophy of the workplace but is also greatly influenced by the people that make up the organisation. All staff need to adapt and immerse themselves in its culture to have a sense of belonging. Most people would experience a period of adjustment when they start work in a new organisation. For people from culturally and linguistically diverse (CALD) backgrounds, this adjustment often requires more than just understanding the policies and procedures of the workplace. It also includes learning about new ways of saying and seeing things when interacting with a new group of people, including children, families, and early childhood colleagues.

Ethnicity, including language and religion, are inextricably tied with a person’s identity. Tensions arise when there is a mismatch or clash between personal cultural beliefs and values and professional expectations at the workplace. The following examples illustrate the potential for discontinuity when staff from diverse backgrounds are brought together in one setting.

Leading and managing colleagues that are more senior in age is relatively common in early childhood settings. Suppose a young graduate with limited experience is made the team leader. This position requires the graduate to advise and support an older, more experienced staff member. However, this can be awkward if the graduate has always been told to ‘respect your elders’. In some cultures, respect is automatically given to older individuals and the notion of ‘earning respect’ does not apply to seniority based on age. Fulfilling the responsibilities of a professional role in such situations will in most times take precedence over personal cultural beliefs. It means the graduate will need to redefine ‘respectful relationships’ through reflection.

Gift-giving/receiving in early childhood settings is typically not part of formal staff policy. In some cultures, it is disrespectful and rude to open a present upon receiving it, as the giver should not be able to see the receiver’s level of appreciation. The receiver is expected to thank the person immediately and open the present later in private. In other cultures, gifts are opened immediately in front of the giver and thank you cards/notes are sent later. Thus a simple concept such as giving someone a present can become a complicated affair due to differing cultural traditions and expectations. Working out what is appropriate, in order to reduce embarrassment for all, requires sensitivity and skill.

Every day early childhood practitioners have to make many decisions on behalf of children, families and colleagues. These decisions are not always made through consultation or with respect for diversity. For example, if your director informs you of a decision that s/he has made and you have an opposing perspective, what do you do? Would you do some research and suggest ways to extend or fine-tune the decision? Or would you, in a diplomatic manner, show disagreement straightaway? In some cultures it is disrespectful, even rude, to alter the decision made or to show disagreement. In other cultures the norm is to do as you are told, and you are rewarded for dedication and loyalty. The director, boss or management is viewed as the final and only authority. By openly contesting the decision, you are indirectly demonstrating a lack of confidence and respect in the person who holds authority. Such situations, of questioning an authority figure, are particularly challenging for some early childhood staff. Often they find themselves caught between two cultures. A clash between homeland and workplace cultures creates tension and affects both the individual and the organisation.

Following are some principles of cross-cultural communication to consider when working in a multicultural society:
Look inwards – be reflective about your responses, views and thoughts that might be influencing your behaviour. This will enable you to identify personal bias or preconceived notions about practices from other cultures.
Be open and honest – don’t be surprised when you discover a new way of doing or viewing things. Be open to differences and try it out for yourself instead of judging. Talk openly about your own cultural practices and ask questions regarding the cultural practices of others so that it opens lines of discussion.
Maintain professionalism and accountability – be a team player; build trust with others by fulfilling your role as a staff member regardless of your cultural notions and thereby actively demonstrating your commitment and dedication to the organisation and the early childhood profession.
Find alternatives – it is not about abandoning one culture for another; it is about finding ways in which any culture can be valued and respected, thus building shared understandings.

The suggested principles open lines for communication towards collaborative dialogue in understanding and developing inclusive relationships among early childhood staff. Fitting into a workplace takes conscious effort, and this is especially so when staff come from CALD backgrounds. Understanding different cultures can take time. In turn, promoting a sense of pride and respect for diversity can ease transitions in the workplace and ensure the growth of a healthy organisational culture. We have to undertake this challenge as we grow to understand and not undermine what it means to be one team despite coming from differing CALD backgrounds. Freire (1985) states that collaborative dialogue is the essence of respectful and transformative relationships which enable individuals to continuously reinvent themselves by valuing cultures within context.

In this new world, good cross-cultural communication is a must in developing a relationship with young minds. To further assist them with their needs and would be able to help them more in their learning.

Well this article is just what I was feeling and experiencing. Being German saying what you think and believe and not just taking someones few but reflecting and researching can be quite some burden in Australia. I find that in Germany we practiced more inclusive practice and that woman have the same level in all as men, being here in Australia makes me wonder every day, why are we so different and why is it so hard to live free of mind and spirit in this country? Misunderstandings and misconceptions need to be worked on it is not one way to see something but multiple ways to hear. As language is different and culture is divers all people need to have a place in the big picture of inclusive education and conversation. We are all live long learners!