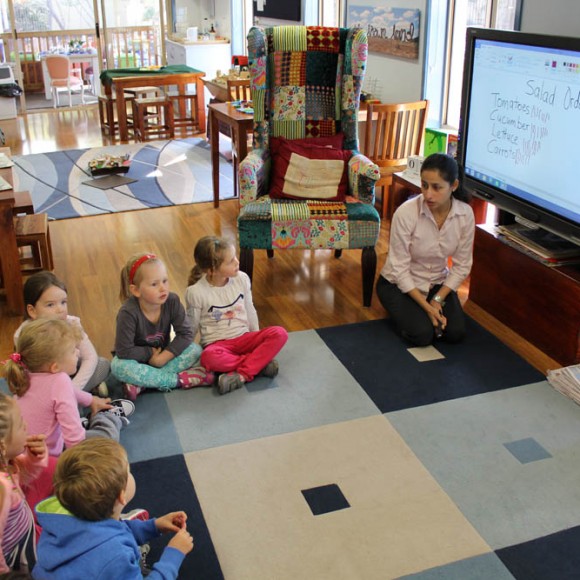 In many countries children under five have a legal right to access early childhood education and care services and Australia needs to do the same, and SA Premier Jay Weatherill’s proposal is worth considering, writes Samantha Page, CEO of Early Childhood Australia.

This week a range of service providers discussed the idea of a ‘service guarantee’ across housing, health and education at an ACOSS forum ‘Policy Pulse 2015’.

This is not a new idea in early childhood education, at least overseas.

Eighteen OECD countries encourage access through a legal right to early learning for all or certain groups of children.

Australia does not provide an entitlement or free access– except in certain jurisdictions like the ACT which provides one year of free preschool.

Without this level of support, it’s no wonder that Australia lags behind the rest of the developed world on children’s participation in early childhood education. New figures from the Education at a Glance 2015 Report released this week confirm that only around 62% of Australian three year olds access early childhood education across both preschool and child care settings.

Australia’s poor participation levels mean that we miss out on the considerable benefits of two years of early learning which we know amplifies students’ educational outcomes.

As a result, South Australian Premier Jay Weatherill and other State Premiers and Education Ministers are now seriously looking at extending access to early childhood education.

As reported in The Australian: “South Australia’s plan involves three key elements: an ongoing preschool funding deal with the federal government where all children will be entitled to the same level of funding; a change to the subsidy rules and removal of  barriers that prevent preschools from offering care outside preschool hours; and the ability for states and territories to reinvest any savings into early childhood services for the disadvantaged.”

Extending early childhood services to three year olds benefits  children. The Australian Institute of Health and Welfare recently concluded in a literature review that there is ‘general agreement regarding positive developmental outcomes for all children from around 3 years taking part in ECEC programs, provided the ECEC service is of sufficiently high quality.’

But these benefits carry over to families and to the whole community as fewer children face learning problems and achieve better results in school and in life.

Australian studies show that  children who attend a high quality early childhood program in the year before school are up to 40% ahead of their peers by the time they reach year three in school.

The question is not whether we should provide guaranteed access to early childhood services, but how can extended access be delivered. What is the ‘reform pathway’?

Perhaps ACOSS’ idea of service guarantees is the way forward.

Children could, for example, be guaranteed two days of early learning. Territory and Commonwealth Governments could be held accountable in delivering this entitlement.

As long as the quality elements of a ‘preschool program’ were established – the two days could be delivered across a range of settings.

The reform pathway must give sufficient consideration to the interface with Australian Government financing instruments, specifically the Child Care Subsidy.

Any additional support for hours beyond the two days guarantee could be supported through the subsidy system (which supports workforce participation objectives).

The States and the Commonwealth can cooperate to make this outcome a reality. It is now a matter of political will, and so far states like South Australia are leading the way.