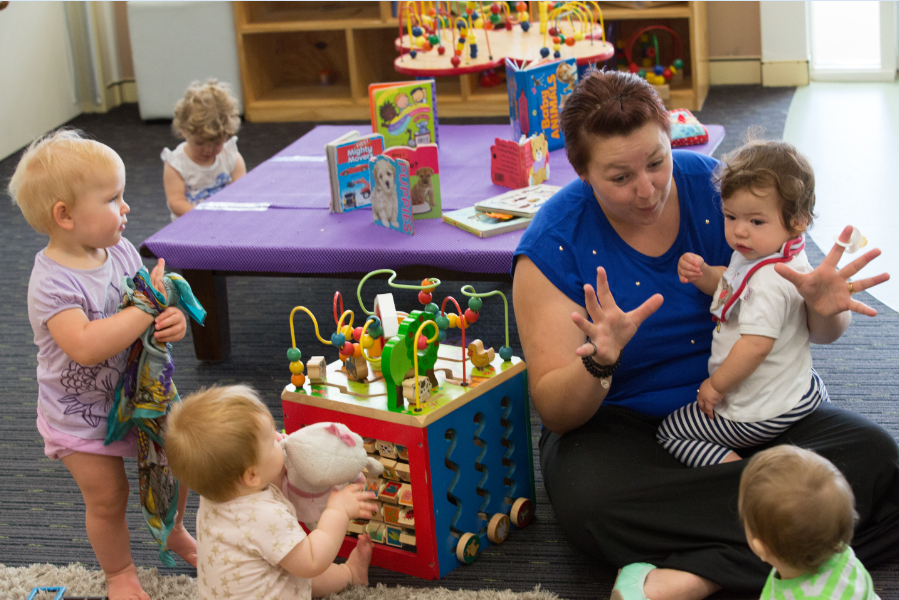 The Government’s long awaited child care reforms – the Jobs for Families package – passed the Senate in the last sitting session, with the support of the Nick Xenaphon Team, One Nation and Derryn Hinch. This is the culmination of a long process that will see the new child care subsidy scheme in place from July 2018.

Many parents are eagerly awaiting the reforms in the package, welcoming the simplification of the Child Care Benefit and Rebate into one simple Child Care Subsidy, and changes to the annual ($7,500) cap that currently applies to the Rebate which will mean that many families have no cap and some will have a cap of $10,000. It is estimated that 3 out of 4 families currently using child care will be better off under the new scheme.

Yet many who work in the Early Childhood sector are disappointed, bitterly disappointed. Because there are fundamental flaws in this reform package which will make some families and some children much worse off. Modelling by ANU estimated that more than 130,000 children could lose access to early learning because their parents would fail the Activity Test. The Government has missed an opportunity to balance the package to deliver educational outcomes for all children and provide a strong safety net for families with irregular, highly variable or casual employment.

Over the long term this is a missed opportunity for increasing our future prosperity as a nation.

A key solution to address our declining education performance is to reduce the vulnerability levels of children starting school. The Australian Early Development Census (AEDC) measures vulnerability of all children starting school every three years on a range of learning areas, such as communication, cognition, and emotionally wellbeing. Findings from the 2015 survey indicated that one-in-five children in Australia (22%) were vulnerable on one or more areas, and that this figure was almost doubled for Indigenous children with 42% found to be vulnerable.

Children who attend early childhood education for at least a year before starting school are half as likely to have developmental vulnerabilities when they start school as children who have no early learning.[i] There is a growing body of research that documents a range of benefits when children attend quality early learning, including: more equitable outcomes for children, reduction of poverty, and better social and economic development for society at large. What’s more, the evidence indicates that children should have access to at least 15 hours a week, spread over 2-3 days, to ensure the best outcomes over the longer term. While all children benefit, children from, low income families and children who face various risk factors benefit the most from participation in early learning. And the future social and economic benefits are the greatest from prevention of unemployment and ongoing disadvantage.

Yet it is precisely those children that this package failed to support. The base amount of subsidised childcare for families on low incomes was cut from 24 to 12 hours a week, and despite the strong calls from the sector to increase the base level to at least 15 hours per week, the Government refused Last week to join the ALP and support Greens amendments to the Bill that would have delivered this.

From 1 July 2018, to qualify for any level of support if families earn over $65,000, both parents will have to meet an activity test. This requires them to work, study or volunteer for 4 hours a week, every week, or risk losing their subsidised care completely. While the Government may think it is a simple ask to undertake 4 hours of activity a week, for many it may not be, due to family demands, such as caring for sick family members or erratic work patterns. While some argue that if a parent is not in the workforce they don’t need access to childcare, not only does this take into account the educational benefits for children, it is blind to the realities of life; it is much easier to organise your work, study or even volunteering AFTER the children are settled into care rather than beforehand.

Fundamentally, the Government is viewing early education and care primarily through a prism of workforce participation and an out-of-date understanding of work that assumes everyone has a stable job with regular hours. The new activity test will make it very difficult for parents who don’t have regular work, are in and out of the workforce or simply live in a highly volatile local economy where work is just not secure. There will also be times when parents have to take time out of the workforce due to health issues or other difficulties such as providing care to an elderly relative or a child with additional needs. To lose access to child care subsidy during these times will add a burden of stress and compromise early education outcomes for Australian children.

So, the next time you hear the Government pat itself on the back for investing an additional $1.6 billion in child care, remember that even as they did this, they also managed to cut access to early education for many, many families across Australia, and failed to ensure Australia’s most vulnerable young children were protected in the new system.

Early Childhood Australia, in collaboration with many organisations across the national early childhood sector, will continue to advocate strongly for the rights of young children, and the benefits that early education brings to the whole community.

RoGS Report table 3A 75 p3.36-3.37 “Children who received some ECEC were less likely to be developmentally vulnerable on one or more domains (19.9 per cent), compared to children who did not receive any ECEC (38.5 per cent).”
http://www.pc.gov.au/research/ongoing/report-on-government-services/2017/child-care-education-and-training/early-childhood-education-and-care/rogs-2017-volumeb-chapter3.pdf

4 thoughts on “Why the Childcare reforms are a missed opportunity for Australian children, especially the most vulnerable”

The Jobs for Families package legislation title says it all. It is probably one of the worst advocacy failures and policy outcomes for the sector. Large providers may be able to cross subsidise fees for vulnerable families, but stand alone services will struggle and for some services in low income areas, closure is a real possibility as there won’t be enough families eligible for fee subsidies to maintain the numbers. To have lost the principle of universal access to ECEC for every child and family is devastating.
What next can we expect from this government?

I have been raising this for a couple of years now and as yet seems unheard.
In Qld to access the Kindergarten funding for children in the year prior to school, children must attend the program for a minimum of 15 hours a week. This does not match with the 12 hours a week max federal max for non-working parents. So the Qld Kindergarten funding needs reform with these changes.
Honestly, I thought we were about early education for all children not just those of working parents. It feel big brotherish, first no jab no pay and now forcing workforce participation. Once the child starts school access is not denied. What about people who have recently had a younger child, but are not on parental leave?? How about casual workers who don’t have regular weekly hours? What about a parent’s who choose their main activity to be raising their children so don’t wish to work?? I am sure they will tell you they spend far more then 4 hours per week engaged in unpaid work. If parents do not meet the activity test then their child will be impacted. Yes we provide education and care to many working families with young children, but does that mean that we limit access to early learning for those whose parent/s do not work. Does the package consider the year prior to school? Children with developmental delay or a disability? Let’s not forget the voice of the child here.
The United Nations mentions that each and every child has the right to access to a quality education. ECEC is about helping children learn and develop so they are capable and confident learners. The focus should be on the child and what is best for them, not limiting their opportunities because of adult decisions.

This is great article about “Why the Childcare reforms are a missed opportunity for Australian children, especially the most vulnerable”. Thanks for sharing.

So true! Thank you for writing about this