It was a privilege to attend the Jobs and Skills Summit in Canberra earlier this month, which hosted 142 delegates, including members of National Cabinet, the state and territory premiers and chief ministers, industry groups, unions, employers, community representatives and advocates. Over half the delegates were women and there was representation from First Nations peoples, […] 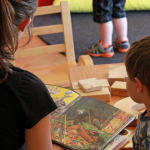 Last week I attended the launch of a NSW Government initiative to provide a visual guide to existing National Quality Standard (NQS) ratings. The graphic, to be displayed at the entrance to early childhood education and care services from January 2020, would reflect the existing rating of each service; information that is already public and […]

The Australian Labor Party’s election promise to work out with the early childhood sector how they can facilitate a 20 percent wage increase over eight years is a bold and very welcome move that will generate far more economic benefits than the temporary adjustment costs, writes Early Childhood Australia CEO SAMANTHA PAGE. The early childhood profession […]

More than a million children attend one of Australia’s 15 500 early education services every year. They deserve responsive, skilled guidance through those critical early years and especially as difficulties or vulnerabilities emerge. One in five children enters school with at least one developmental vulnerability (AEDC, n.d.). Knowing that one in seven children between the […]

The Government’s long awaited child care reforms – the Jobs for Families package – passed the Senate in the last sitting session, with the support of the Nick Xenaphon Team, One Nation and Derryn Hinch. This is the culmination of a long process that will see the new child care subsidy scheme in place from […]

In the past week there has been misinformed and uneducated commentary made about the early childhood sector – Early Childhood Australia was disappointed with these comments but chose to not respond in the media as it received too much media attention and we did not wish to increase the profile of the Senators involved. Below […] 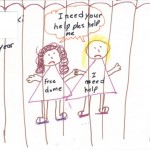 ECA has always been an advocate for children’s rights, underpinning our vision that every child is thriving and learning. This includes some of the world’s most vulnerable children, who by no choice of their own, find themselves to be refugees fleeing their home and seeking asylum on safer shores. It is therefore concerning to hear […] 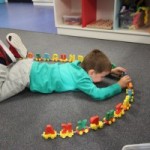 What a difference a year makes. Last year’s federal Budget included a $3.5 billion investment to begin a new system of Child Care Subsidies in the new Jobs for Families package. Then, in November last year, we saw changes to the package to cut the subsidy rate for high income earners to 20 per cent – reducing the package by […]

As an advocacy body for young children, ECA strongly believes that children deserve to be valued in their own right; celebrated by everyone for just being children. We also know that early childhood professionals care deeply about the wellbeing of all children and work to promote their rights both within service settings and more broadly […]