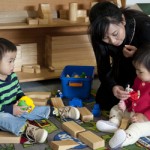 In the 1970s, feminists pushed for children’s services that recognised the need for care for children whose mothers had jobs. In 2015, the situation has reversed. Feminists and others concerned about good social policies need to push the rights of children to funded children’s services, regardless of whether the child’s “primary” carer has job-related activities. […] 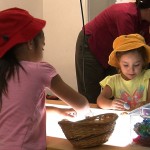 Social Services minister Scott Morrison has unveiled the first part of the Abbott government’s “families package” ahead of next month’s federal budget and the signs are not good. With the announcement of a $246 million two year pilot nanny subsidy program for low to middle income families, Morrison is signalling clearly he is willing to […]

University of Technology, Sydney There are a lot of babies around, and the numbers are increasing. However, Australia does not have coherent policies that recognise the effect of parenting on workforce participation and vice versa. Parenting is still defined as a “women’s issue” so no real policies exist to make it possible for both parents […]